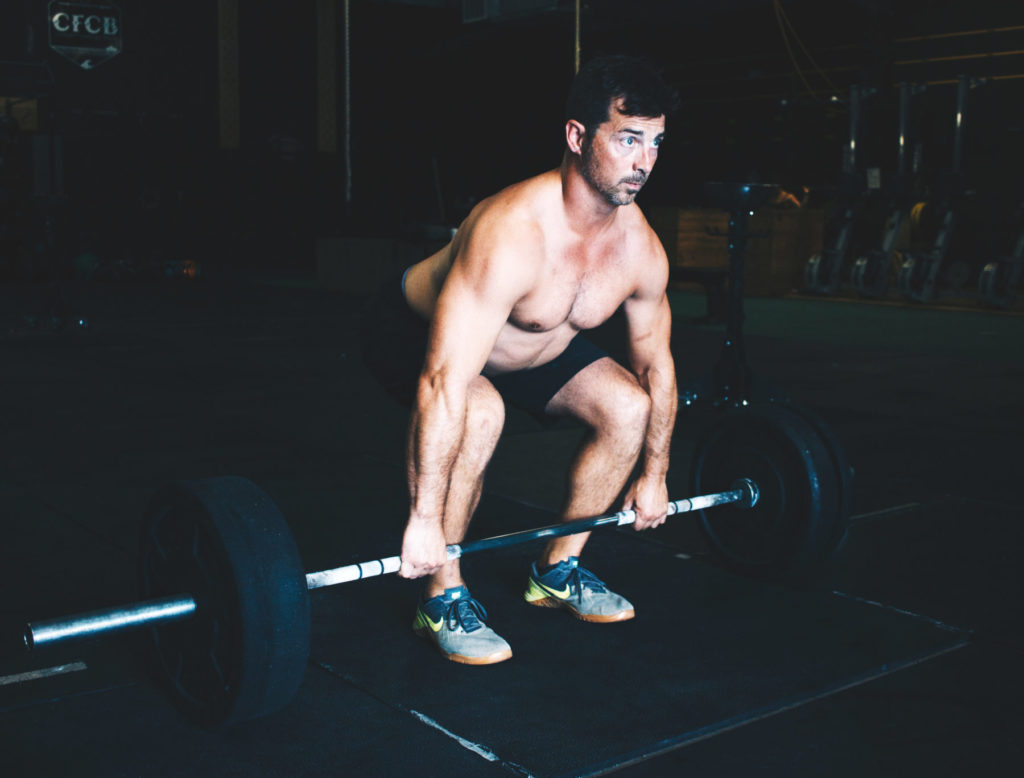 Joel grew up in Indiana and has been married to Tarah since 2005. Together they have two young boys, Oliver and Ellis.  Joel played soccer and basketball in high school, went to Goshen College on a basketball scholarship and graduated with a bachelor’s degree in art. In 1997 he moved to Portland, Oregon where he worked in food and beverage until opening his first pub in 2001 and second in 2003. Joel and Tarah were married in 2005 and moved to Asheville, North Carolina in 2007.

In Asheville, Joel opened Rankin Vault Cocktail Lounge in 2008 and The Southern Kitchen and Bar two years later. He stumbled upon CrossFit in 2010 when he saw the CrossFit Games late at night. After being disappointed with the physical therapy and rehab he was prescribed following surgery to repair an ACL tear, he decided to give it a try and was hooked immediately. He worked part time at CrossFit Asheville, primarily running on-ramp classes, while operating his two bar/restaurants. Joel sold his restaurants in Asheville in 2016 and his family left the mountains for Wilmington to fulfill a lifelong dream of living by the sea. In addition to holding a CF Level 2 and CF Kids Coach, Joel is a USA Weightlifting coach.