The Open is upon us, but like, everyone got fired?

So what does that mean? 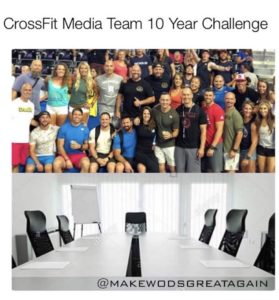 Let’s look at the past.

In 2018 CrossFit HQ made a move to reduce staff and dollars going to the CrossFit media team in an effort to focus resources on CrossFit’s angle of health and wellness over the sport of elite fitness.

I think this is awesome.  I’ve been in a gym with 2 regionals athletes(1 went 7 years in a row as in individual then 3 years as team, the other went 6 years in a row as an individual), a 3-time games competitor(and 2-time podium finisher) as well as a slew of bubble athletes when that was actually a thing(…so long regionals #cryface).

I loved every minute of it. No matter how much I loved(still love) training this way, this is not what CrossFit was made for. Doing Fran in 2:11, deadlifting 500# ’s and doing 100 burpees in 4:34 are all things I’m proud of, but that’s not for most people.

Most people just want to be healthy. They want to move without restriction. They want to play with their kids and not be out of breath. They want to stand naked in front of their spouse, proud of what they’ve created and not be afraid to leave the lights on.

That’s what the diet and exercise routine of CrossFit was originally created for.

So after the games in 2018, CrossFit had a few obligations to complete with post games shows for CBS and soon after even the faces of the games(Sean Woodland and Tommy Marquez to name a few) were dropped off.  Pat Sherwood(another host) was redirected to employment with CrossFit Health, and now the world is set to know a couple of things:

We’ll save information around CrossFit Health and it’s foci for a later date.

So then what’s next for the CrossFit Games?

The games will be different this year.  But we do know that there WILL BE AN OPEN ANNOUNCEMENT!!!

This is exciting news and we are glad to see this move.  But what does it mean?

I think (and I’ve been wrong before) that CrossFit has flourished as an organization based on a few things:

There was a different approach to the Games.  It was:

Well, the Reebok deal is over as of December 31, 2020.  What then? It will be exciting I’m sure. CrossFit saved Reebok.  Reebok helped CrossFit get ESPN. The relationship was mutually beneficial.

ESPN lead to CBS, but now the media team that built it all is gone.

Back to the Games approach.

Point number 2 is very important.  (CrossFit owns everything, every process, every step of the way)

CrossFit refuses to control every aspect of every gym.  To do this for competitions happening all over the world seems to be contradictory to the original vision of CrossFit (but so does running a brutal 7k in sub 35 minutes(Fraser), 36:05(Briggs) and deadlifting 615#’s(Dancer) for the guys and 415#’s(Wells) for the ladies.

16 sanctioned events, all independently ran with different programming (not Castro), and now the Games are going to be having Open announcements lead by independent groups (still programmed by Castro).

It will be rough year 1.

Some groups will do better than others.  But with all things open source, the cream rises to the top.

From a competitors standpoint, it is hard.  The field and the way to qualify just got harder.  That only means that the sport got better.

Before the PGA, golf was all independent and anyone could sign up for any tournament (unless private club invitational).  Then in 1929 things changed.

The sport became more entertaining (it’s okay you don’t have to think golf is cool. It only grossed $85billion in 2016 with 1 in 75 jobs in the United Stated being impacted by golf as an industry. http://wearegolf.org/economy/impact/ ).

Golf made more money.  More people began playing.  More folks got involved. Golf, as a sport and an industry, improved.  It wasn’t without a few years of hardship, but it was the right move.

I see the same thing for CrossFit.  This new model for the Games embraces how CrossFit came to exist in over 14,000 individually owned business worldwide.  The entertainment value and skill level will improve. There has already been more money awarded to athletes (making it easier to “go pro”) and there are probably 12 other benefits I haven’t mentioned or thought of.

There are probably 12 detractions as well, but one of them is NOT that the open will not be broadcast.

It will be, and I will be watching.

Jordan helps people reach their goals and break through massive barriers by making simple and easy to follow programs.  He loves a great meal, a great coffee, and a great pint of something local.  When he isn’t writing or walking his dog with his wife, he is either helping someone crush their goal, or creating a plan to help more goals be crushed. 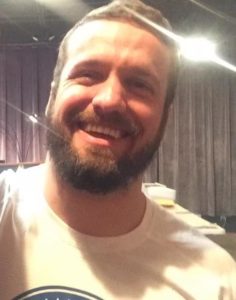 Pressing Down on Me »